Roberto here folks I am on air Saturday March 3rd. check my session. Saturday, March 3, 2012 – 7:00pm until 9:00pm. ONLINE AT WWW.FUTURE – MUSIC.CO.UK 7pm – 9pm EST (12am-2am U.K. and 1am -3am in Spain. Myles wrote: Well hello again boys and girls… Welcome back to The Myles Sergé Sessions on what? You know…. Future Music!!! This week I have the pleasure of bring you the superb sounds of Mr. Roberto Ingram. Last summer I had the opportunity to play with Roberto at Freerotation in Wales and I must say that this man can put it down! But don’t take my word for it… Check it out for yourself!!!

Roberto Ingram: I enjoy more of the taste maker sound parallel to the past, present & of deep emotional, funky, dark groovy, sexy, energetic underground music and on Saturday March 3, 2012 this is what you can expect and without compromise.

Mr. May, The man of many words. check it.

I was browsing for music inspiration and found this nice article. 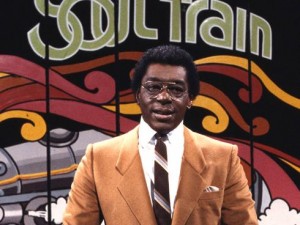 Soul Train: the 10 greatest moments. Those were the good old days.  Enjoy Roberto 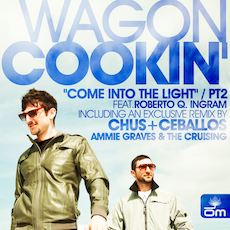 Wagon Cookin’ – Come Into the Light feat. Roberto Q. Ingram (Part 2) will be out in a few weeks, thanks to the guys at OM records USA for making it all happen. The remixers included in this package are:

Released in the Autumn/Fall of 2011, Wagon Cookin’s fourth studio album ‘Eleven’ received critical acclaim from both press and A-list DJs, while consumers lapped up the retro 80’s approach taken by Spanish brothers Javier and Luis Garayalde. One of the album’s standout tracks ‘Come Into The Light’, featuring the vocals of Roberto Q. Ingram, served as a teaser for what was to follow when it was initially released back in February 2011, and now Part 2 delivers fresh takes from Chus & Ceballos, Ammie Graves and The Cruising.

I will be able to post the samples of the release very soon, so come back here to my webpage. Greetz Roberto

If you read my bio and made your way to the sentence about me dancing on world known “Soultrain” quoted as The hippest trip in the USA since the 70`s. You can become a  fan to recap the past video`s , pic´s, chats and conversations going on about the show these days. I am truly morning the lost of Mr. Don Cornelius! R.I.P.